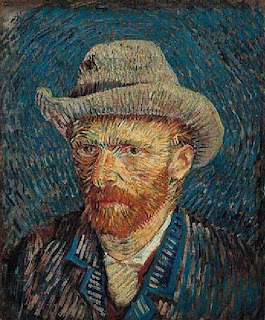 At Eternity's Gate - Worn Out

Vincent and Theo van Gogh's home in Montmartre (my trip to Paris, April 2013)

Scenes of Paris and its surroundings

Restaurants in Paris, Asnières, and Arles

Works of the First Consignment of Paintings from Arles,7 May 1888

The Sunflowers. Paris and Arles

Drawings after Paintings sent to his brother Theo. Arles, 1888

Drawings and Watercolors in Provence

The Decoration for the Yellow House. Arles, 1888

Van Gogh and the Trees

Bedroom in Arles, the three Versions

The Repetitions. Arles and Saint-Rémy-de-Provence

Houses and Cottages in Auvers-sur-Oise, 1890

Dr Gachet and his daughter

Van Gogh and his Contemporaries: Dots and Dabs

Van Gogh and his Contemporaries: Fields and Forests

Van Gogh and his Contemporaries: Trees in Blossom

Van Gogh and his Contemporaries: The River Seine

Van Gogh and his Contemporaries: Undergrowth

Paintings of Vincent van Gogh at the Musée d'Orsay, Paris

The Statue of Vincent van Gogh and his brother Theo (bronze; 1964) by Ossip Zadkine

Van Gogh Museum - Van Gogh at work: my Photos of the Exhibition (I)

The Real Van Gogh: The Artist and His Letters - Exhibition at the Royal Academy of Arts, London - 23 January to 18 April 2010 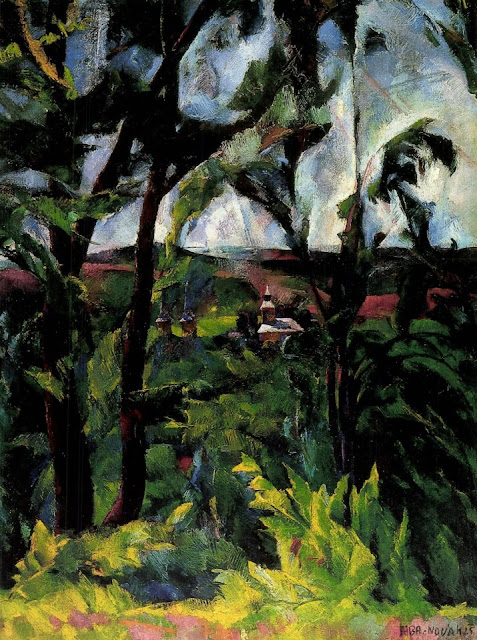 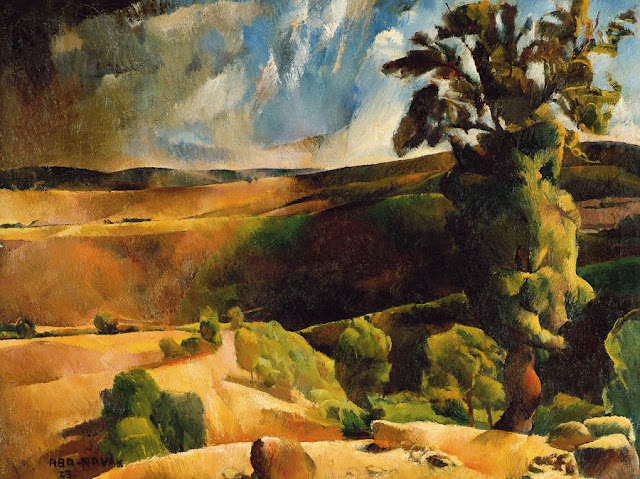 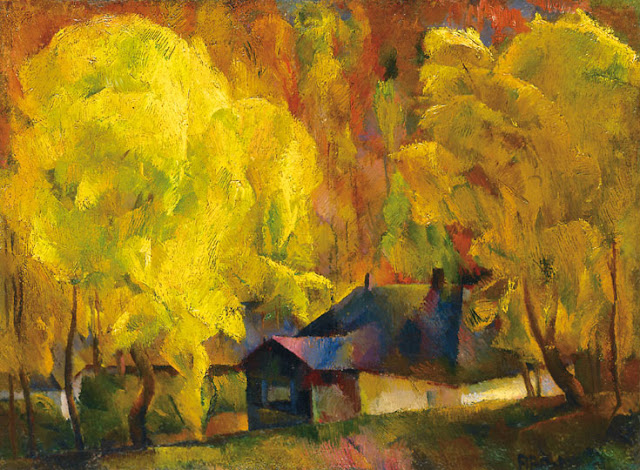 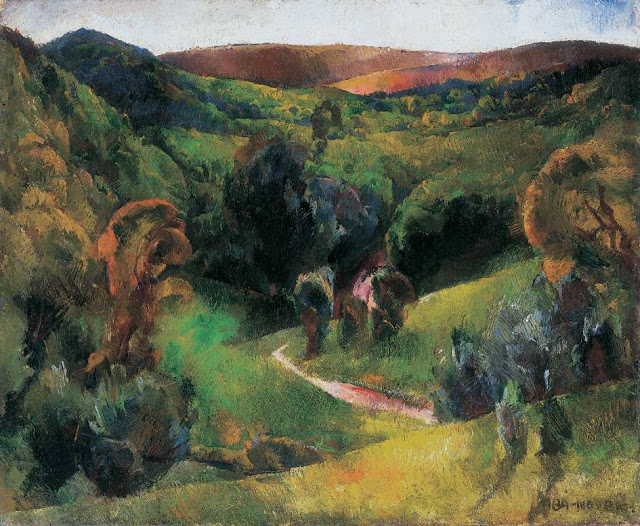 
By Kun Wang, from Beijing (b. 1970) His legs were paralyzed due to polio at the age of 3. He loved painting since childhood and attended elementary art training at the age of 7, and he gradually showed extraordinary art talent. Elementary training could not satisfy his strong desire for the study of art, so he sought a higher level of education by all means. Unfortunately his physical restriction was a serious handicap in his studying, so he had no choice but to learn by himself. With his family's full support and encouragement, he tried his best to find and collect as many resources as possible related to art and began a basic but strict, formal, comprehensive and professional self-training: this self-study laid very solid basic skills of drawing as well as paving the way for future developments in art. At that time he also studied Chinese painting, calligraphy, seal carving and many other artistic fields. In the mid-1980's he changed his study, research and creativity to oil painting. With his artwork "Harvest on Black Soil," published in "Art Panorama," he established his way to modern classical realism, and then he developed a unique step by step artistic style in oil painting technique. He came to Beijing in 1994, and became a professional oil painter. WangKun studio was founded in 1998, and he engaged in painting modern classical realism. He is settled in Beijing now.
http://www.wangkunstudio.com/bio.htm 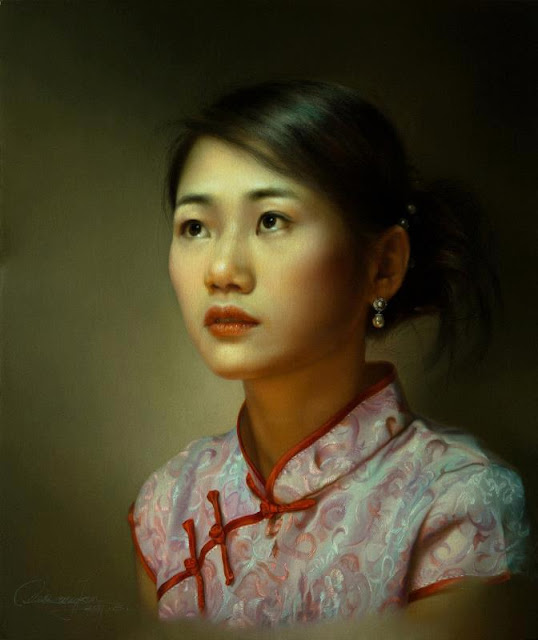 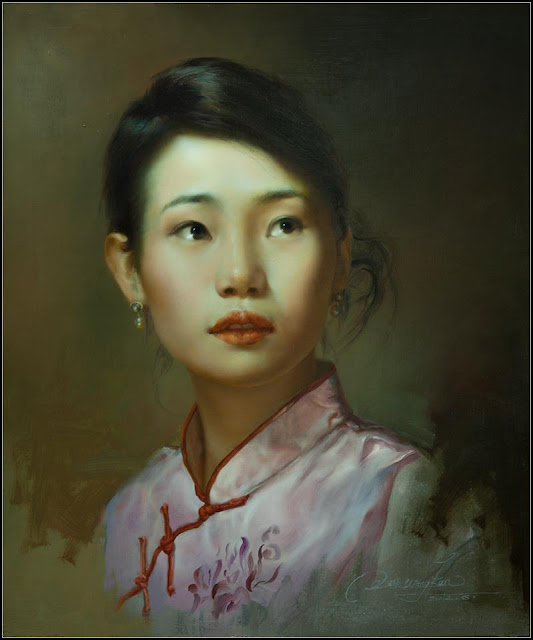 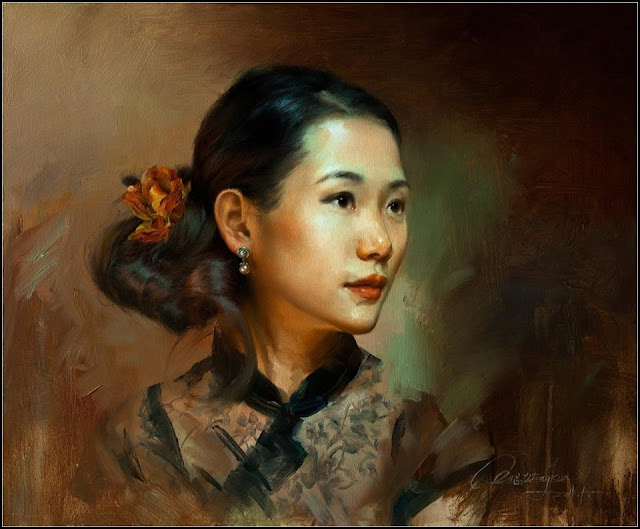 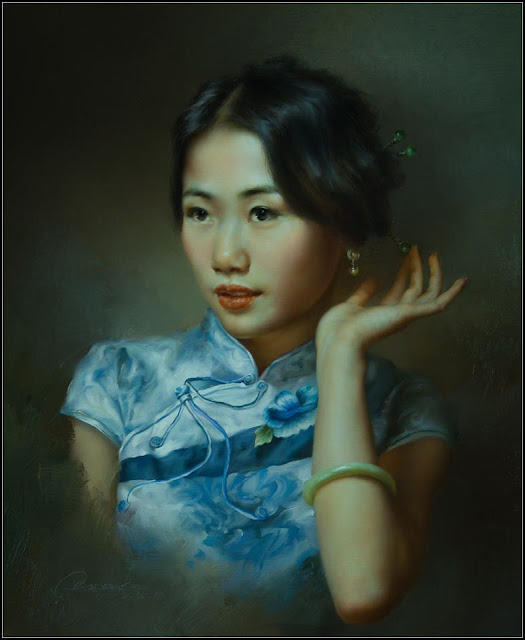 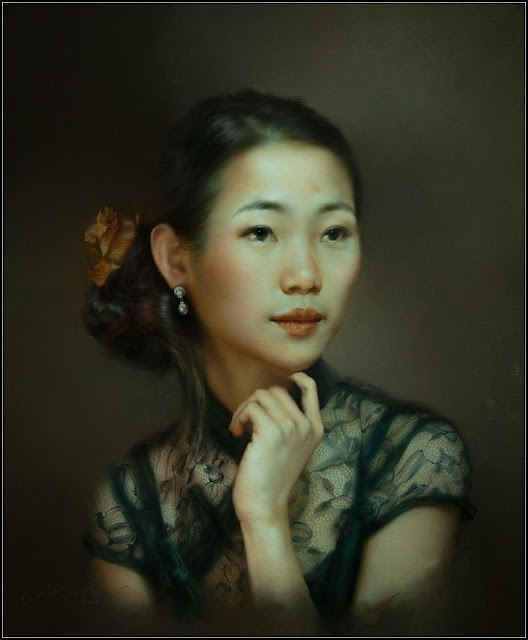 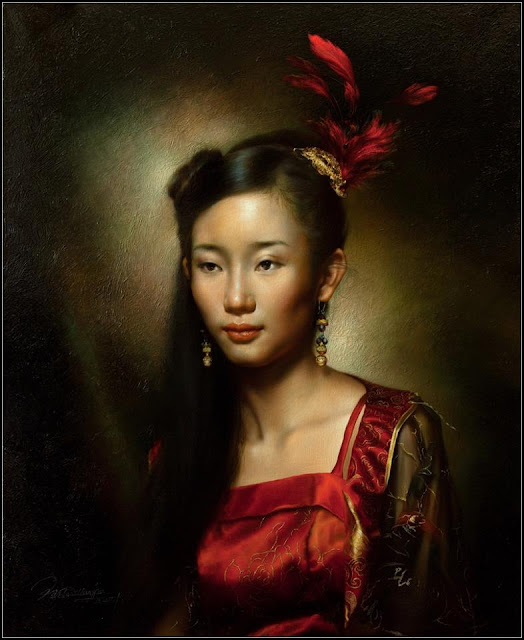 
He studied in Brussels with Willem Roelofs and in 1868 moved to The Hague to paint the sea. In 1870 he exhibited at the Paris Salon and won the gold medal for The Breakers of the North Sea. In 1880 he received a commission from a Belgian company to paint a panorama giving a view over the village of Scheveningen on the North Sea coast near The Hague . With the help of Sina and students he completed the enormous painting (Panorama Mesdag)— 14 m high and 120 m around — by 1881. However, the vogue for panoramas was coming to an end, and when the company operating it went bust in 1886, Mesdag purchased the painting at auction and thereafter funding its operating losses from his own pocket. He joined the art society of The Hague (the Pulchri Studio) and in 1889 was elected chairman. In 1903 he gave his house at Laan van Meerdervoort and his collection of paintings to the Netherlands; the house is now the Museum Mesdag. 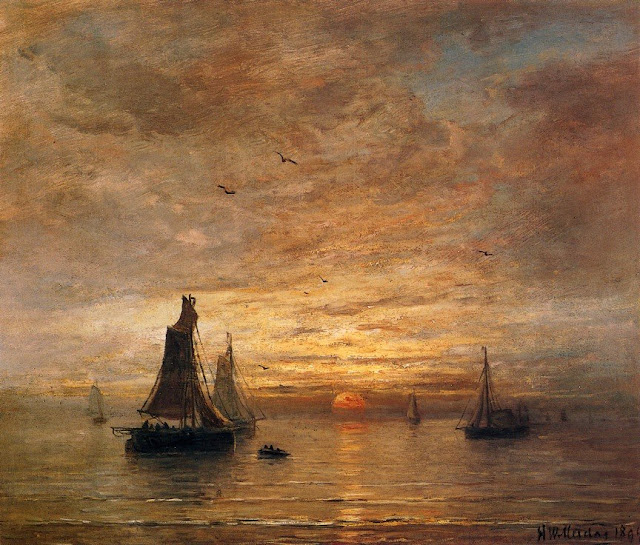 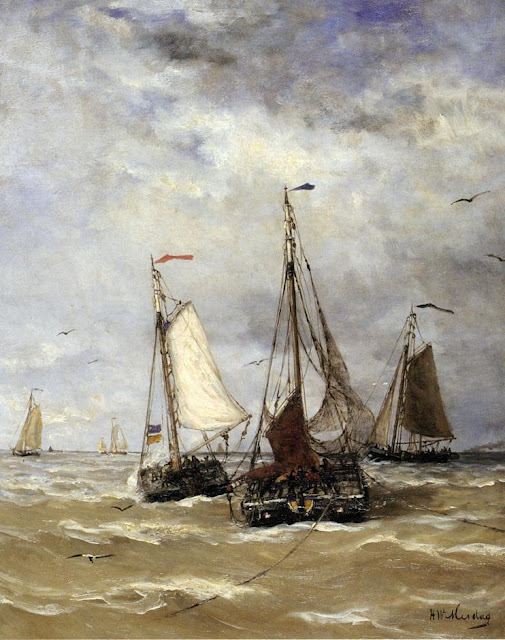 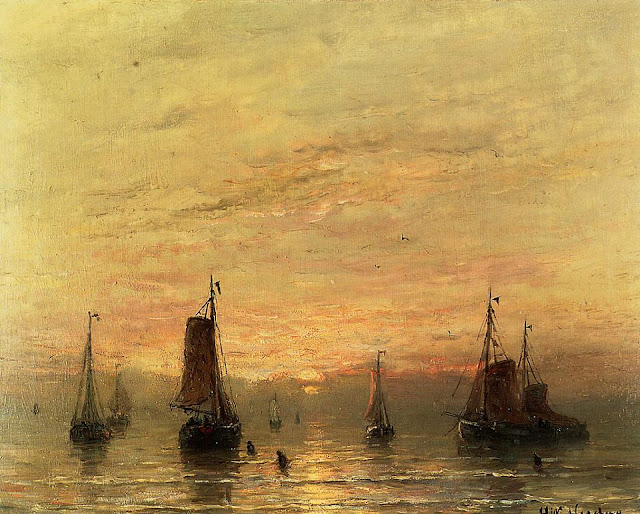 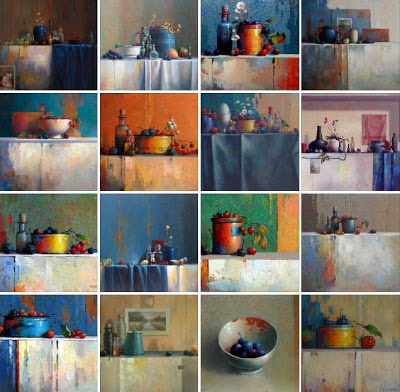 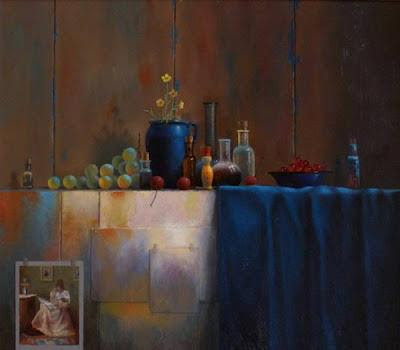 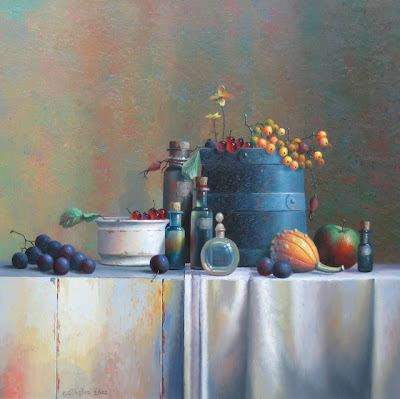 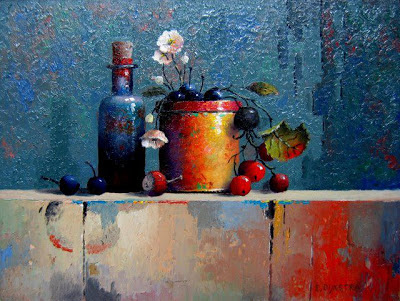 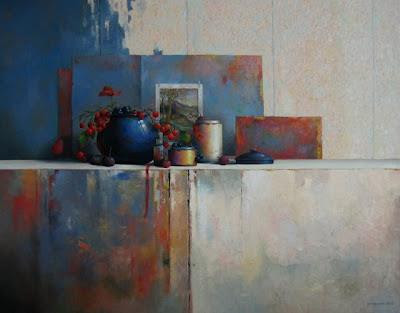 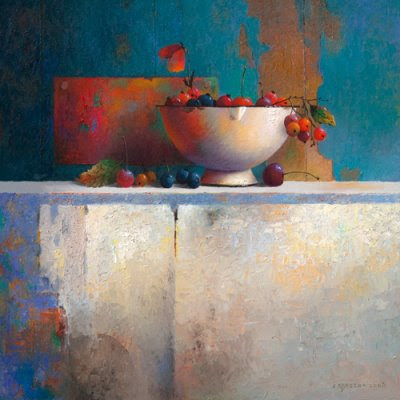 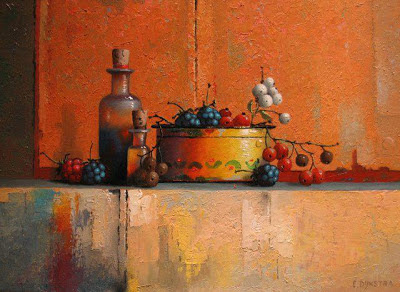 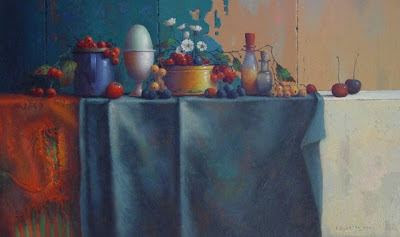 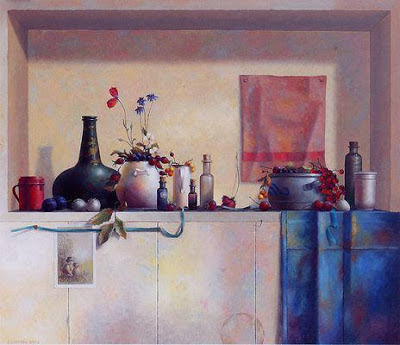 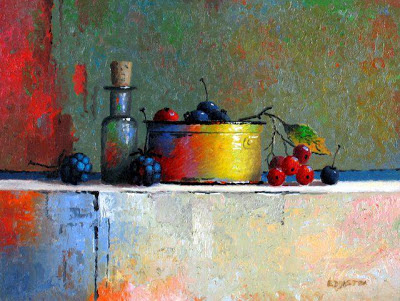 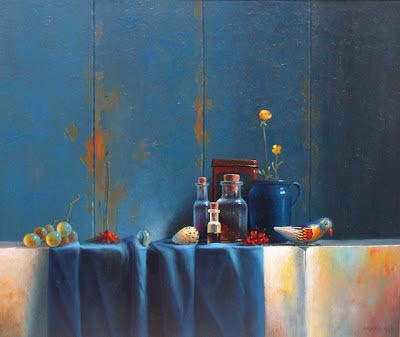 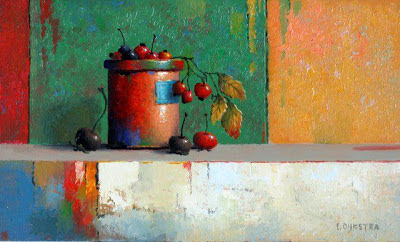 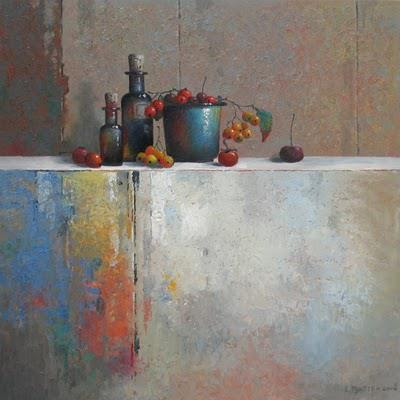